November 2014 Message From The Commission President 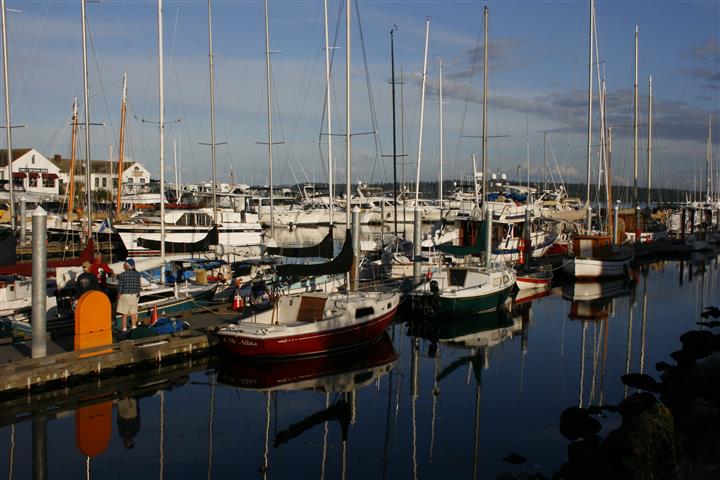 We have been moving through the budget process for several meetings and we have had some proposed rate changes posted on the website for a while now. As can be expected, the rumor mill has been very busy.

There have been rumors and discussions of 11% moorage rate increases among other things. I want to be clear – there is no factual scenario that I can determine that could raise rates 11%.

If you look at the chart “Port of Port Townsend Boat Haven Rates 1 Cent Increase 2015,” (also located at https://portofpt.com/wp-content/uploads/2015ProposedRates-AnalysisWEB.pdf)  you will notice that the proposed increase is one cent. That is one penny, from .39 to .40 cents, per square foot.

This is a formula rate structure that the moorage tenants and the Port worked out over five years ago. The square footage rate more accurately reflects the larger area (length and width) that is required to house bigger boats than just a linear rate can.

The other component in the square footage rate is the base amount. There are infrastructure costs that are common to all moored boats regardless of their size that need to be borne by the entire moorage community. Examples of these costs are restrooms, lighting, parking, security, etc. These base fees are exactly like their counterpart base fees that the PUD charges for electrical infrastructure and the City charges for its water, sewer and stormwater etc.

There are two areas that have changes in the proposed rates. The per-square-foot rate is proposed to go up one cent per square foot.  The other change is in the base amount. We could have been a little more clear in explaining the change in the base amount.

Looking at the rectangle with the CURRENT data, you will see a base rate of $40. That $40 is what is currently being charged along with the square foot charge. In addition, under the current model, tenants also pay a $10 environmental charge and an $8.25 base electric fee on top of that. Over 350 slip holders currently pay a base electric fee. In other words

Based on input that we received from folks wanting a simpler bill without a list of additional fees to decipher, like their phone bill, what we are proposing is to include these fees in the new base amount. This would raise the base fee to $58 which will more fully address our current infrastructure costs.

Understand that the new base rate of $58 is the same as current base rate of $40 plus $10 environmental and $8.25 electric.  Except for the 51 folks that do not have base electrical right now, the base fees are exactly the same!

For only those folks currently without base electric the new base fee would raise their total moorage fees 6.2%. This is the worst case scenario using a 25 foot boat (larger boats have a less percentage increase).  We are looking at options for small boats without electric systems to be able to apply for an exemption from the base electric fee, and will be presenting this in a  Commission meeting in the coming weeks.  The moorage tenants have asked that the environmental fee be removed and not paid, but this is a decision that the Port Commission has not weighed in on yet.

As you can see from the chart this results in a percentage change (with the above exception) from 1.71% to 2.15%, depending on the size of your boat.  There is no factual scenario that I can determine that could raise rates 11%.  All in all, the moorage increase proposed is a minimal one that barely keeps pace with inflation. When looking at rates of other marinas, the Port of Port Townsend rates, including these fees, are the lowest in Jefferson County.

The Port strives to strike a balance between expenses and affordable moorage rates. This will continue to be your Port Commission’s priority.