The district's policy making and regulatory body.
Under Title 53 of the Revised Code of Washington (RCW), the powers of the port district are directly vested in its board of commissioners.  Like a city council, the port commission is the district’s policy making and regulatory body.  Commissioners are responsible for making decisions concerning discretionary policies and operations of the district in both internal and external matters.  Port commissions are independent of the cities and counties in which they are located. Examples of commission responsibilities include, but are not limited to:

Each month, Christopher Bricker of KPTZ 91.9 FM radio does “working waterfront” interviews. Check out the KPTZ blog for a list of these interviews and what they’re about, then click, listen, and enjoy!

It’s time again for our monthly update on news, issues, and stories surrounding our vibrant Maritime Community. In this edition of Our Working Waterfront, KPTZ’S Chris Bricker and co-hosts Port Commissioner Pam Petranek and Port of Port Townsend’s Director Eron Berg give us a report from the boatyard.  Then, sitting in the sunshine at “C” Dock, we engage in conversation with Eric Toews, the Port’s Deputy Director, about current developments in the Quilcene community’s Port Property planning process. Later, we speak with Pete Langley, Port Townsend Marine Trades Association President and owner of the Port Townsend Foundry.  We Discuss the PTMTA board, its activities, and the role Marine Trades have in the County’s economic development.  Topping things off, Pam honors the past District 3  Commissioners, especially Herb Beck, who recently passed and will always be remembered for his long service.

Also, check out the Working Waterfront Archives for all the recordings.

Regularly scheduled meetings of the Port Commission include:

You can find public notice of special meetings and workshops, meeting locations, and time changes on our events site, as well as at either the Peninsula Daily News, or The Leader.

Meeting documents, including agendas and minutes, are posted on our Archived Meeting Documents & Recordings site.  Please contact the Port if you wish to access documents not found there. 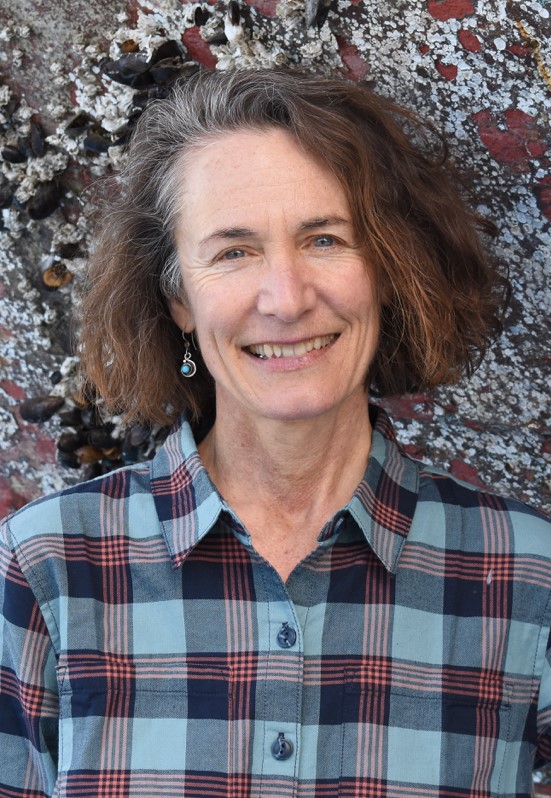 A lifelong resident of Washington State, Pam has three grown children, all in their 20’s. She settled in Port Townsend in 2006.
Pam earned a BA in Education at Western Washington University and worked as a public and home-school teacher for 30 years, most recently as a music teacher for the Port Townsend School District.

Pam has experienced a lifetime of living, working, and playing on the waters of the Pacific Northwest. In 2010, she earned her U.S. Coast Guard Captain’s License and teaches sailing lessons.   She’s owned boats most of her life, and enjoys fishing, sailboat racing, ocean crossings, and paddle boarding.

Pam currently is a commercial fisherman with Rick Oltman and Cape Cleare Fishery.  During the summers, they take Cape Cleare, a fishing and sailing schooner, from Port Townsend to Southeast Alaska and catch wild salmon — individually with hook and line — then flash freeze at sea. The fish is delivered by bicycle year-round to our community.

In 2018, Pam was a nominee for Citizen of the Year for co-leading the Jefferson County Maritime Trades Economic Study.  Pam served four years on the board of the Port Townsend Marine Trades Association & has led several citizen advisory groups.  She currently serves on the boards of the JC Marine Resource Committee and the JC Economic Development Council.  Pam co-hosts a monthly KPTZ radio show called “Our Working Waterfront”. 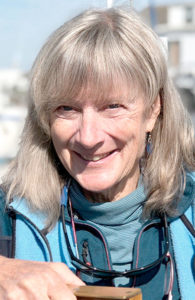 Carol Hasse sailed into Port Townsend in 1975, helped launch the Wooden Boat Festival and opened her business, Port Townsend Sails. In the ensuing four decades, she has become a well-known educator, teaching on vessels across the Puget Sound and Pacific Ocean, while serving on multiple nonprofit boards and turning her sail loft into an internationally renowned company.

She decided to become a Port of Port Townsend Port Commissioner because she is a passionate advocate for Jefferson County. She wants to promote our unique community of small businesses and marine trades, preserve the health of our environment, and protect our maritime heritage and world-class working waterfront. 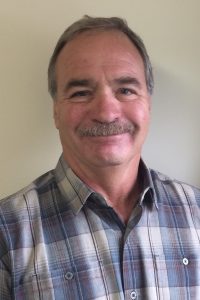 His family’s previous boat, the 80′ schooner Alcyone, first sailed into the Boat Haven in 1972 when Pete was fourteen.  In his early twenties, Pete earned sea time working with the family’s charter business on Alcyone.  (He presently holds a U.S. Coast Guard 100-Ton Near Coastal Masters License.)

Pete first went into business with the purchase of Calm Sea Charters, a sport fishing operation. The company later expanded to include diving charters to the San Juan Islands.

Puget Sound Express was founded in the mid-1980s along with Pete’s parents, and now operates two vessels: Glacier Spirit and Olympus. Today, the company is onto their third generation with Pete and wife Sherri’s children, Christopher and Sarah, working as captain and crew.

Besides being a boat captain and a business owner, Pete is also a pilot who has enjoyed flying out of Jefferson County International Airport since 1998.  He and Sherri built their home on Larson Lake Road in 1994 and still reside there today.