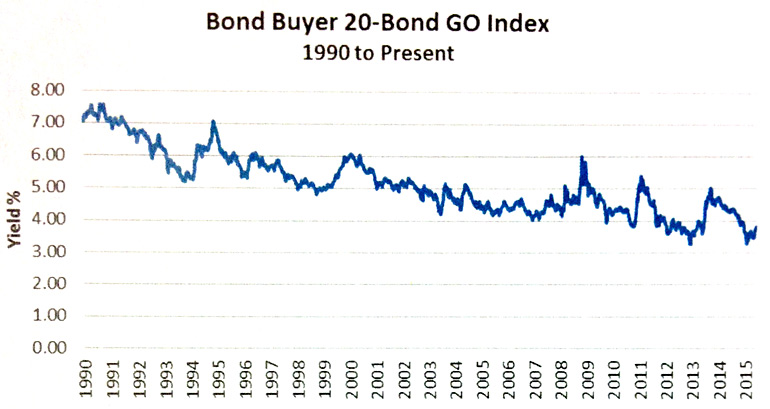 Thanks to favorable interest rates, the Port of Port Townsend has completed a $4,115,000 refinancing of its Limited Tax General Obligation Bonds, which will save the Port $451,996 over the life of the bonds.

In late 2014, in recognition of low interest rates, Port staff asked financial advisors A. Dashen and Associates to brief the Commission about the possibility of bond refinancing. At that time, it was estimated that the Port could save $300,000 over 10 years. As rates neared historic lows in January 2015, the Port moved ahead with the refinancing process, which the Commission officially authorized on April 22, 2015.

As part of the review process, the Port applied to Moody’s Investors Service for a rating on the bonds – the Port’s “A1” bond rating was affirmed, and was critical in helping the Port keep interest rates low.  The rating, combined with interest rates – resulted in the Port saving significantly more money than originally projected – $451,996.

“Refinancing bonds is the same general idea as refinancing your mortgage,” says Executive Director Larry Crockett. “When interest rates are low, you take advantage of that to reduce your total debt load.”

The Port of Port Townsend sold $4,115,000 of Limited Tax General Obligation Refunding (LTGO) Bonds through a negotiated sale with the underwriting firm Piper Jaffray. The proceeds of the bonds are being used to refinance those bonds initially issued in 2005 to renovate Point Hudson Marina. The 2005 bonds had a principal amount of $4,235,000 and an average interest rate of 4.10%. The refinanced bonds have a principal amount of $4,115,000 and an all-in true interest cost of 2.43% (all-in true interest cost is similar to an APR on a home loan).