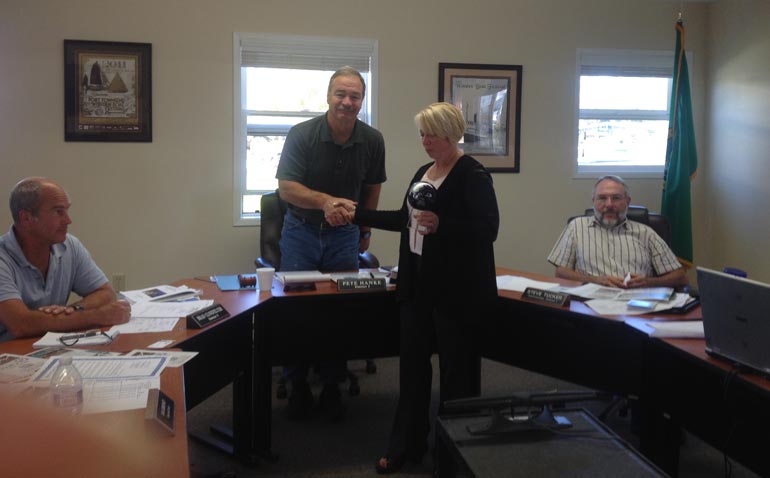 Commissioner Connie Beauvais and Director Karen Goschen from the Port of Port Angeles attended, thanking Commissioners for the transfer of $150,000 in FAA grant money. The apron at Fairchild is used for maneuvering or parking aircraft.

The suggestion for the transfer came from the FAA regional manager, who also arranged for a similar transfer from the City of Forks. The Federal Aviation Administration provides grants to small, publicly owned airports for capital improvement projects. These regional airports are eligible to receive $150,000 per year, which must be used within four years. If it isn’t used, the money is returned to the federal government. Airports that do not use all of the funds are allowed to donate to other airports rather than send the funding back to the FAA. The Port of Port Townsend has also been the recipients of such transfers in the past.