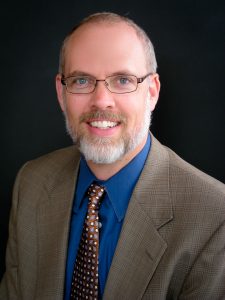 Eron Berg, the City Supervisor and City Attorney for Sedro Woolley, has been selected as the new Executive Director of the Port of Port Townsend. The three-member Port Commission selected Berg as its choice after discussions in a January 22 executive session.

“This was a very tough decision to make,” said Port Commission Chair Pete Hanke. “We had four great finalists. Each brought clear strengths to the job. But we feel Eron has the right mix of skills and experience to lead the Port through its next phase. We’re excited to work with him.”

Other finalists were Andy Haub, until recently the Water Resources director for the City of Olympia; Washington State Patrol Captain Travis Matheson; and Anthony Warfield, facilities manager for the Port of Tacoma.

Berg is expected to start at the Port in April, pending contract negotiations, and work alongside Executive Director Jim Pivarnik until Pivarnik retires in early summer.

Since 2007, Berg has been the City Supervisor and City Attorney of Sedro Woolley, with a population of 12,000. There, he has reported to an elected mayor and is responsible both for day-to-day operations and legal guidance. The City has a staff of 90 and an annual budget of $38 million.

Berg is also an elected official. He is a commissioner of the three-member Skagit Public Utility District, which supplies water to 65,000 residents and businesses. For four years starting in 1999, he also served as the elected mayor of the town of La Conner. He grew up in La Conner, where his parents owned a marine chandlery and where, for five years as a teen, he and his parents lived on their family sloop.

He has worked with the Port of Skagit on several projects including infrastructure, planning, permitting and sustaining the Swinomish Channel.

Before his government service, Berg was an attorney with Cascade Law Center.

He holds a law degree from the University of Washington and a Master of Science in psychology from Western Washington University.

In a round of meetings with stakeholders, Port employees and the public on January 14-15, Berg emphasized it is the Port Commission that sets policies for the Port, and that the Executive Director’s job is to implement those policies. He said his broad municipal government experience would make him a good partner with other local governments.

He added that he is interested in pursuing public-private partnerships and leveraging outside support for the Port’s infrastructure replacement needs.

He termed the Port of Port Townsend job his “dream job.”

The hiring process, guided by Karras Consulting of Olympia, initially produced 45 candidates from all over the world.

Pivarnik served for 15 years as the Port’s Deputy Director, left to manage the Port of Kingston, then returned to Port Townsend in October 2018 to serve as Interim Executive Director after the departure of Sam Gibboney. During his interim tenure, he and Port staff raised Port revenues, trimmed administrative expenses and reconnected Port administration with the marine trades and other stakeholders. In November 2019, county voters approved a $15 million industrial development tax levy for infrastructure repairs that will help to fund replacement of the Point Hudson Marina breakwater. It is anticipated to be collected over the next 20 years. The Port of Port Townsend is guided by a three-member elected commission: Pete Hanke, Bill Putney and Pam Petranek. The Port operates marinas and boat ramps throughout Jefferson County and an industrial boatyard in Port Townsend. The Port also operates the Jefferson County International Airport. The Port employs about 31 people and has an operating budget of $6 million. Most Port revenues are earned through commercial leases, moorage and boatyard haul outs.