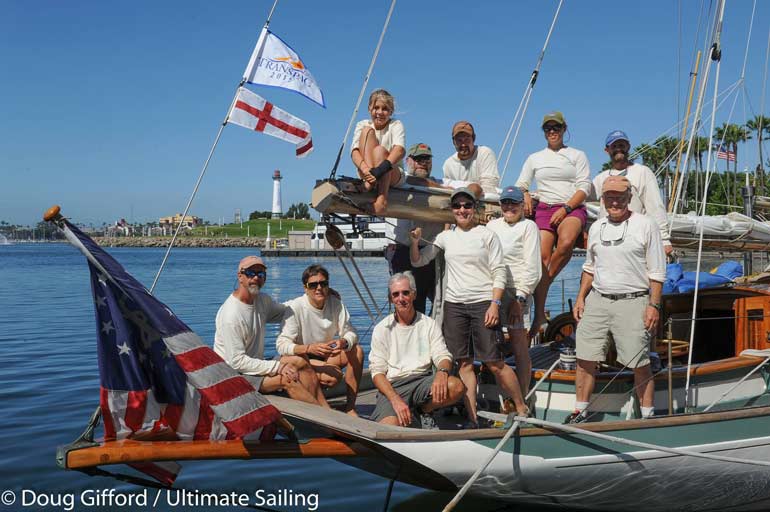 The historic Schooner Martha, berthed at Point Hudson here in Port Townsend, is currently in 16th place in the 48th Transpacific Yacht Race (aka Transpac) taking place in the waters between California and Hawaii.

First organized by the Transpacific Yacht Club in 1906, Transpac is an offshore sailing race from Point Fermin in Los Angeles to Diamond Head, just east of Honolulu, a distance of 2,225 nm. This is one of the world’s great ocean races, and biennially attracts some of the world’s fastest sailing yachts, some of its most talented offshore racing sailors, and a wide variety of offshore sailing adventurers. 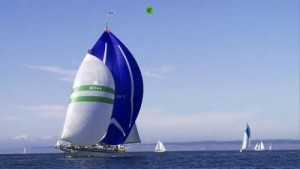 Martha was built in 1907, making her 108 years old for this year’s Transpac – one of the oldest vessels participating. Martha is maintained by the Schooner Martha Foundation, based in Port Townsend, WA, and all work on the boat is completed using traditional techniques and materials.

She is currently touring the West Coast in 2015, sharing their own story, and serving as ambassadors for Port Townsend.

To be in the hunt with a boat of this age is amazing, and all of us at the Port wish the crew well as they head to Hawaii. We look forward to their return in time for the 2015 Wooden Boat Festival.

“An uneventful night of riding the frontal winds of squalls which only provided brief moments of wind in the 12 to 15 knots range leaving MARTHA looking for the next squall for some more juice. We did manage to knock out about 150 miles but the VMG to Honolulu was bleak. At times we were left stating and banging, headed in the wrong direction. The leaders were out to the west in good pressure but we were on the wrong side of the track and as they say you can’t get there from here. So as we looked at the weather charts we did notice a small depression that up to now had been stationary. That little spinner was moving up towards Hawaii and on its leading edge was about 15 to 18 knots.

Time/ speed/ distance looked good so we turned south to try to fetch the approaching low and its associated pressure gradient. The move took us dead down wind, DDW. So we struck the main and prevented out the main boom. Set Big Blue, the big blue Golly, twinged its sheet out to the end of the main boom and off we went, pretty as you please towards the south. After all that work of striking sails and setting Blue the crew sat back and enjoyed some of the oranges that Miles and Louellen McCoy had provided. After a small contemplative silence Christopher said ” boy those oranges were a great idea”. 3 Days from now we will know if our gamble pays off and can keep MARTHA in the hunt.”