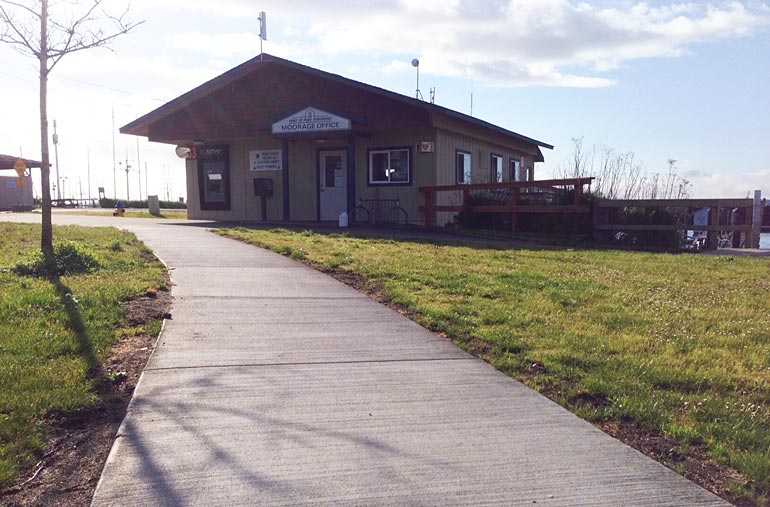 The Port paid for the concrete and members, and Dennis Broderson and Bob Jautz acted as the general contractor. The duo organized East Jefferson members and supporters who provided the labor. 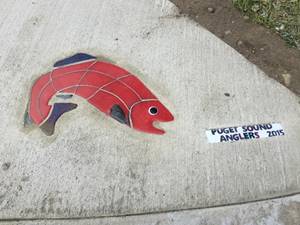 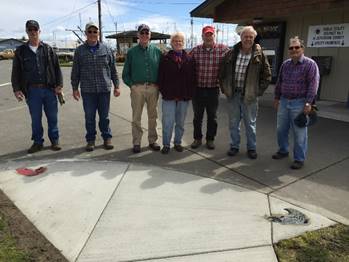 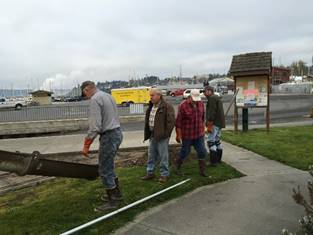 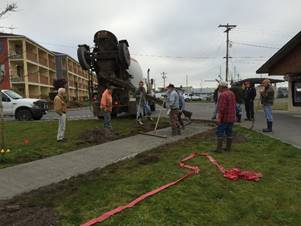 Special thanks to Carl’s Lumber, who provided the re-bar and Leavitt Trucking & Excavating who made their equipment available to member Don Rogers for the excavating and Don McNeess, who provided the forms, stakes and expertise as well as completion of the pour. Thanks as well to Melinda Bryden for providing the salmon artwork embedded in the new sidewalk.

The Port would like to express its gratitude to the East Jefferson Chapter of Puget Sound Anglers for identifying this need, and working with everyone to see it through to completion!