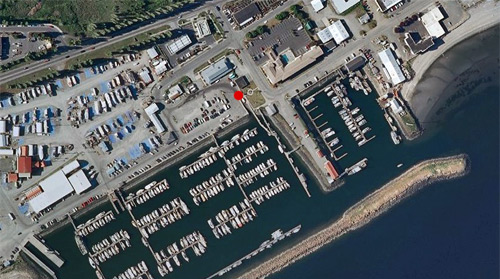 The Port of Port Townsend has been informed by the Washington state Recreation Commission Office that it’s grant application to add a second lane to the recreational boat ramp at the Port’s Boat Haven facility has been ranked the second most favorable project in the State.

The Port will learn if it receives the grant in June 2015, when the Washington Legislature passes the biennial budget funding the RCO.

According to Port Commissioner Steve Tucker, the boat ramp expansion was ranked the second highest out of 21 other statewide proposals. “Based on positive community impact and work that we had already done, our grant was seen as providing the second biggest ‘bang for the buck.’ Expanding the boat ramp benefits the entire community due to the fact that there are far more trailer boats than stationary boats in Jefferson County and the trend is for that difference to get greater,” said Tucker .  “With reasonable access, more folks will come here to fish Mid Channel Bank and leave a little of their disposable income here with us.

Tucker notes that the Port’s current one-lane boat ramp often causes frustration for users. “If our only lane gets plugged up due to equipment failure or high demand, everything grinds to a halt. Sometimes wait times can reach nearly one hour. As wait times get longer, tempers get shorter.  Long lines are a problem for residents and visitors alike. With two lanes, we can virtually eliminate ‘boat ramp constipation,’ said Tucker.

The RCO grant of $339,024 would be matched by $150,598 of Port funds to complete the ramp expansion. The RCO manages grant programs to create outdoor recreation opportunities, and has awarded more than $1.7 billion in grants to nearly 7,500 projects since its inception in 1964. Since 1990, the agency averages 230 grant awards for $60 million every fiscal year across a variety of different programs.