History of the Port of Port Townsend

The Port of Port Townsend was established under the Washington State laws of 1911 by election on November 4, 1924.  The port district includes all of Jefferson County and continues to operate as a municipal corporation under Title 53 of the Revised Code of Washington (RCW).  This step, formalizing the port district, was a long time in the making.

Read  the HistoryLink.org article for the Port of Port Townsend 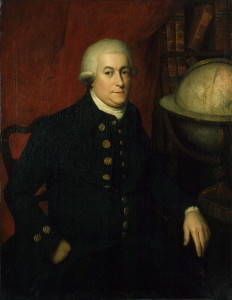 In 1792, Captain George Vancouver sailed his ship, the HMS Discovery inland from Cape Flattery, putting into Discovery Bay for repairs.  While in the area, he observed what his log describes as a “very safe and capacious harbour,” which he named Port Townsend in honor of his friend, the first Marquis of Townshend.

Almost sixty years later the first white settlers, Alfred Plummer and Charles Bachelder arrived and built a log cabin at what is now the corner of Water and Tyler Streets.  On April 24, 1851, Port Townsend filed as the Puget Sound’s second city, after Olympia and six months before Seattle.  From its beginnings as a logging and farming town, Port Townsend quickly entered the seafaring world as its first major commercial enterprise.  Only three years after its founding, the town became the headquarters of the Puget Sound Customs District.  From its small beginnings, Port Townsend became a thriving international seaport with a reputation as notorious as San Francisco’s Barbary Coast.

For a time, about half the ships that came into the Puget Sound picked up their crews in Port Townsend.  Since there were not enough men in town willing to go to sea for extended periods, shanghaiing became a business staple.  Saloons, brothels, and gambling halls were accepted as a necessary, if regrettable, feature of the thriving maritime economy.  To insulate their families from the rough-and-tumble downtown, the wealthier citizens developed a commercial “uptown” district on the bluff above Water Street…away from the sailors, gamblers, “fancy ladies” and other “lower” elements down on the bay’s shores.

As the non-seafaring population increased, Port Townsend reached a tentative agreement with the Oregon Improvement Company, a subsidiary of the Union Pacific Railroad, to route its line from the Columbia River to Port Townsend.  The speculation boom was on and population quickly doubled in anticipation of a golden future.  Property values skyrocketed and business flourished.  At the end of 1890, however, the railroad announced that it would terminate in Seattle, and the City of Dreams very quickly went into an economic tailspin.

The construction of a pulp and paper mill in 1927 helped Port Townsend recover and remain viable through the Great Depression.  Today the Port Townsend Paper remains the largest single employer in Jefferson County.

On December 5, 1927, a delegation representing the Port Townsend Chamber of Commerce urged the Port Commission to develop a boat harbor.  Local citizens had been advocating the building of a small harbor to better accommodate small boats and fishing vessels for several years.  In response Mr. E. Gribble, manager of the Port of Olympia, was hired as an engineer to  study the bay and determine the most suitable site for the new harbor.  On March 18, 1931, the proposal for building the new harbor submitted by the Puget Sound Bridge and Dredging Company was accepted, and the first pile was soon driven into the bottom of Port Townsend Bay.

Throughout the ups and downs of the local economy, the buildings and homes of the town’s first boom remained intact.  In 1976, after years of hard work, the waterfront district and the residential area on the bluff were designated a National Historic District, and Port Townsend is today recognized as one of only three Victorian Seaports on the National Register of Historic Places.