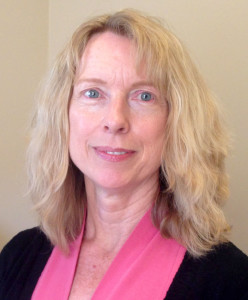 The Port of Port Townsend is pleased to announce the hiring of Abigail Berg as Finance Director. She replaces Amy Khile, who recently accepted a position at the Port Townsend School District.

Berg comes to the Port from the Washington State’s Auditor’s Office, where she served as Assistant State Auditor and Assistant Audit Manager from 2006-2015. A Sequim resident, she also served as Controller for Olympic Community Actions Programs in Port Townsend from 2004-2006. Her family moved to the Olympic Peninsula  in 2002.

Berg was familiar with the Port due to her previous work with the State Auditor’s Office. “I really liked the people and the atmosphere at the Port. As an auditor, you don’t always get the sense of comfort and friendliness that I found here,” she said. “Port Townsend is beautiful community, and I have family here, so it is great to be able to become part of the community.”

“Abigail’s experience as a State Auditor is a tremendous benefit to the Port, and makes all of the government compliance work we do so much easier,” says Port Executive Director Larry Crockett. “When it comes to contracts, prevailing wage issues, audits, all of the issues that local government has to deal with, she knows the right way to do it. We’re lucky to have her on the team.”

Berg has two children active in soccer, and enjoys fitness and family activities.

The Port of Port Townsend has an annual operating budget of $5.9 million and employs 29 people. 79% of Port revenue comes from fees, 14% from taxes, and 7% from grants and other project funds.